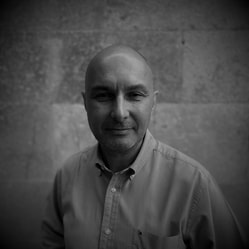 Back in the last few days of March I received a call from Rich & Cate Gwilliam, founders of Geollect. Rich & I had served together in the Royal Navy and since retiring from the service we had kept in touch; from a distance I had witnessed the birth, growth and success of Geollect. I was therefore surprised and flattered when Rich & Cate asked for my assistance in a project which had just landed.

During the conversation I became acutely aware that I was relatively naive in terms of understanding Geospatial Intelligence & Analysis and I could be entering an environment which would be far removed from any of my previous experiences. However, in my unconscious I kept hearing the same statement. During the later stage of my military service I had received this piece of sage advice, ‘don’t become fixated on what you want to do when you leave but do define exactly what you’re not prepared to do. You don’t know what you don’t know, so be open to opportunities’. It is with a sense of deep embarrassment that I cannot recall who passed this piece of wisdom; if you’re reading this then you have my greatest respect & thanks. Within the space of a few minutes and under the spell of Rich & Cate, I had decided to walk the talk and be true to my inner voice. This opportunity did not fall into the list of things which I was not prepared to do.

Five months later I can say with ultimate confidence that joining Geollect was the right decision and has reinvigorated my desire to grow and develop both professionally and personally. The authenticity, humility and confidence of the Geollect family is infectious. The strength, depth and cognitive diversity of the team has had a most positive impact on my own thought processes and the way in which I address the challenges I face on a daily basis. I struggle to recall a day when I have not left the office, albeit the virtual version, with a smile and keen sense to get stuck into the next day’s tasks.

​I would like to thank the Geollect family thank for your patience, perseverance and humour. I’m here for as long as you will have me!