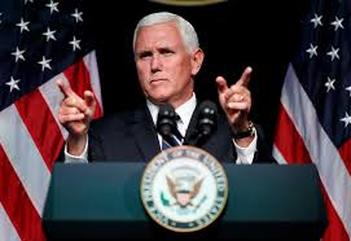 Defense and aerospace companies are accelerating plans to develop new types of missiles and satellites in an effort to capitalise on President Trump’s proposed military branch devoted to space warfare.

Even before the administration’s plans for a “space force” were announced earlier this month, Pentagon space spending was on the rise, in part to combat the rising threat to U.S. satellites from Chinese and Russian technology, which the U.S. military has been tracking for years.

Space projects could see larger shifts of money as debate over the president’s space-force plan increases public awareness of the military’s drive to speed up deployment of next-generation space equipment.

Getting less attention in the budget is traditional space hardware, such as bigger satellites that typically have taken longer to build and deploy.

Existing military space efforts are focused through the Air Force, which has said it wants to spend around $44 billion on unclassified space research, development and new equipment over the next five years—nearly 20% more than its prior guidance in 2017. While the projections were made before the president’s space-force plan, much of the money could end up shifted to the new branch if Congress approves it.

The totals don’t include expected funding boosts to classified projects, outside usual public oversight, which have been among the fastest-growing slices of the defense budget.

Boeing Chairman Dennis Muilenburg told Wall Street analysts earlier this year that he was encouraged by the Trump administration’s “sustained funding and support” for military and civilian space programs. “We do see it as an important business segment for our future,” he said.

Because of the overseas threat, top candidates for additional funding include research on swarms of space-based sensors able to detect hostile missile launches and, ultimately, potential deployment of advanced orbiting lasers designed to defend a variety of military spacecraft.

Regardless of the project, proponents predict more focus and dollars will go to build and test prototypes. They are intended to demonstrate technical capabilities and flag future production problems more quickly than the Air Force’s traditional, time-consuming hardware development and acquisition process.

Air Force Gen. John Hyten, head of Strategic Command, which oversees the nation’s nuclear weapons, repeatedly has lamented the lumbering pace of replacing missile-warning and other types of satellites. “I don’t know how it happened, but somehow this country lost the ability to go fast,” he said last December.

Senior officials at rocket-motor specialist Aerojet Rocketdyne Holdings Inc. have said the company stands to benefit from unprecedented interest in hypersonic vehicles. Industry officials see Northrop Grumman, with its long and close ties to the intelligence community, gaining from stepped-up spending on missile-warning and cutting-edge spy satellites. At the same time, service providers such as Booz Allen are bound to grow with the steadily increasing flow of data streaming from space, according to defense analysts.
Some industry executives are optimistic about the potential of a new space force to unlock extra resources and savings by coordinating spending and making more use of cheaper commercial technology, when appropriate.

“That will only drive more investments in the area,” said Bill Brown, chief executive of Harris Corp., which makes sensors and communication equipment. “There are tremendous opportunities [for] growing in the classified” arena.

Lawmakers are unlikely to vote on the president’s space-force plan until next year, and even if it is approved, implementation is bound to take years. So far neither military nor White House officials have provided specifics on the plan, and bipartisan opposition on Capitol Hill appears to be building to the projected cost and disruption of standing up an entirely new uniformed and civilian chain of command. The success of any space force would depend partly on the extent of participation by the intelligence community.

And even though a space force could lead to more business, some contractors and military leaders say they are worried the move threatens to drain dollars already earmarked for space hardware into staff, support and operational accounts.

No matter the outcome, the Pentagon appears focused on quickly developing its new space defenses.