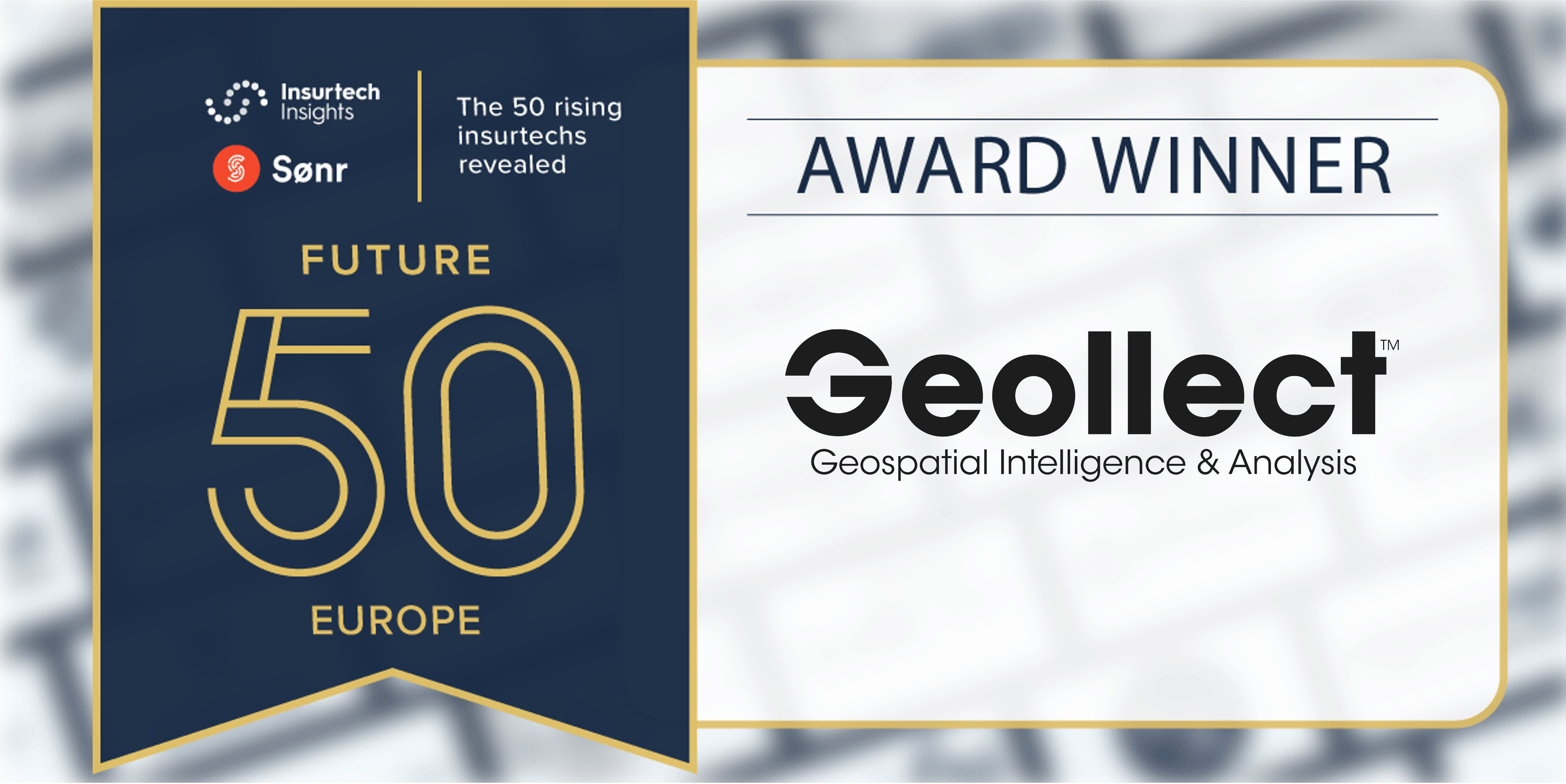 It’s official! We’re proud to be named as one of Insurtech Insights and Sønr Global Future50!

Chosen among thousands of contenders, Geollect has been named No. 35 on the Insurtech Insights and Sønr Future50 Europe – the industry’s definitive ranking of the early stage insurtech startups shaping the insurance landscape in Europe.

This award is a culmination of months of work researching and rating the most impressive insurtechs in the industry. Thousands of insurtechs were whittled down to a shortlist of over 300 before the final Future50 were selected by a panel of over 20 C-level judges.

Future50 is the world’s most credible ranking of up-and-coming insurtechs. We are very excited that Geollect is now publicly recognised as one of the 50 most innovative early stage insurtech startups disrupting insurance in Europe.

See us featured in the full Future50 ranking here

Founded in 2017 in the UK, Geollect is working at the leading edge of a global, geospatial intelligence and outsourced professional intelligence revolution. Our products change the way organisations think and communicate by blending multiple layers of data into one place.

Geollect’s team has embedded intelligence operational experience within US and UK government and defence intelligence agencies, spanning five decades. Academics with advanced Geospatial data and intelligence analytic capabilities create a potent blend of tech-intelligence authority. Geollect transforms historical and live data into action, so businesses know what is happening today and are prepared for tomorrow.