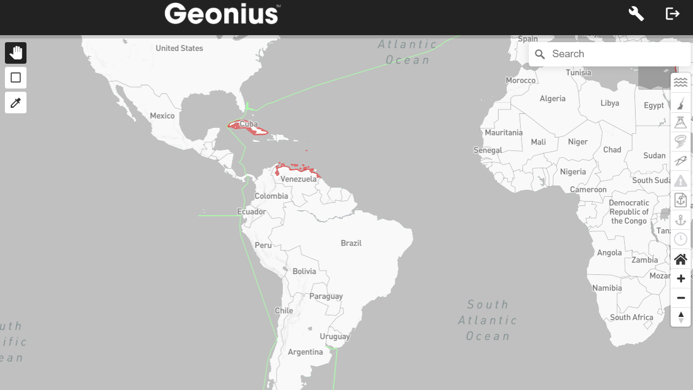 Impact of Covid19 on Fleet Dispersal

Accumulations of vessels and the threat to insurers

The ongoing Covid-19 pandemic has caused unprecedented disruption to business operations and the global economy. The maritime industry has not escaped its clutches. Cruise ships operating when the virus began to spread were suspected of contributing significantly to the pandemic’s acceleration. The Diamond Princess that docked on the coast of Japan in January 2020 had an onboard R number (basic reproduction rate) 4 times higher than in the epicentre in Wuhan (1). As a result, the Center for Disease Control and Prevention (CDC) issued a No Sail Order on cruise ships – suspending operations in U.S. ports from 14th March 2020.

This No Sail Order challenged assumptions about how vessels are distributed around the world and their collective exposure to a peril. Cruise ships that were sailing at the time were stuck at sea in a state of limbo – with infected passengers that required medical attention and nowhere to take them.

Ports in Florida did not allow for off-boarding of passengers from vessels that did not have a U.S. flag. This left many vessels stuck in a holding pattern off the Florida coast waiting to be admitted. Meanwhile in Manila, impacted vessels were accepted and crew members allowed to disembark, but a surge on the port resulted in long waiting times to berth. This ocean purgatory affected more than just cruise ships – almost 30 tankers have been stuck off the coast of California as the world’s demand for fuel has collapsed. This is just one example of a scene repeated across the world.

The physical risk of accumulations

Large numbers of vessels accumulating in a single area presents a threat to insurers. Firstly, being constrained can force vessels to navigate in tight spaces, increasing the likelihood of collisions. Whilst situations like this are usually closely monitored by the Coast Guard the impact of a collision could be catastrophic in terms of both human life and pollution. Secondly, these vessels are still pumping out tonnes of carbon emissions, particularly when forced to sail in holding patterns.

Perhaps most importantly, vessels being stuck at sea poses a huge risk to the physical and mental well-being of those onboard. Crew members and passengers stuck on ships, unable to return home, have seen their mental health impacted. This not only affects their lives, but it could impair their ability to assess current situations and make safe decisions.

This article will look at three case studies of coastal vessel accumulation: Californian tankers, and cruise ships in Florida (US) and Manila (Philippines). It will highlight the effect of COVID-19 on aggregating risk and reducing geographical diversity of exposure.

Accumulated vessels off coasts of Florida, Manila, and California

When the coronavirus pandemic firmly took hold in March, cruise ships all around the globe were left stuck at sea.  Quite understandably, ports did not want to accept vessels packed with infected passengers. Governments were forced to step in to ward off these floating incubators. In Florida government officials refused to allow foreign flagged vessels to off-board sick passengers for treatment4. It has been reported that almost 2 dozen ships were stranded on the coast of Florida, waiting for passengers to be admitted to hospitals.

As a result of being barred from entry, vessels had to plot new courses and travel further than they normally would. Take one vessel, which we will call Ship A in the interests of confidentially. She typically operated around South America but due to COVID-19 had to divert to Europe. Initially the ship sought help in other ports in South America before trying her luck in Fort Lauderdale in Florida. At the beginning of April, she was on the holding pattern near Miami, where she was stuck for a month before setting sail for Europe.

The route of Ship A is displayed in Figure 1 (extracted from Geollect’s Geonius platform), showing the holding patterns for Punta Arenas and Fort Lauderdale ports. Of real significance is how common this situation was. Figure 2 shows the vessel density for the region, where the highest density can be observed for the months March – May. The vessel traffic resembles the holding pattern of the Ship A and is more visible for the beginning of April than for the other months.

A similar situation to Florida was seen in the Philippines.  Cruise ships accumulated in the Manila region as it was one of the few ports that did not refuse entry during the early days of the pandemic. Regulations required crew members to be tested before being allowed to disembark which caused delays and increased traffic in the Bay5. Figure 3 presents the vessel density for the region, where the increase in passenger ship traffic is visible for the period of May – early July.

Elsewhere in the world, vessel crews were stranded at sea waiting to return home. In an unprecedented situation for cruise lines, strict rules prevented many crew members from being repatriated, causing hardship for those onboard. With personnel from many different countries, and vessels flagged to states incapable of receiving large numbers of Covid-19 cases, operators had little choice but to keep vessels at sea. Only recently has the CDC provided guidance on this and relaxed the rules to allow crew members to disembark when safe to do so.

Oil tankers off the coast of California

Collapse in demand for oil caused by the slowdown of the economy meant less potential buyers for the resources carried on tankers. This resulted in an accumulation off the coast of California, as well as crowding at ports in India, Singapore and the US Gulf Coast. Tankers became temporary storage units while waiting indefinitely for customers for their cargo. From an insurance point of view, this dramatically changes the pattern of behaviour for the insured asset. This is a bit like taking the car you commute to work in and leaving it parked up in a completely different city. Your insurance company would probably need to know. These accumulations of vessels and valuable cargo represent a divergence from the way insurers would expect their portfolio to be located.

Lack of situational awareness and appropriate exposure management practices has resulted in significant losses for insurers in the past. A good example of this can be found by looking at Hurricane Katrina – a catastrophic event estimated to have caused between $40-50 billion of insured losses. Within this figure were losses to Gulf Coast casino boats that were incorrectly classified as hospitality venues on solid ground. Not only were these assets misclassified, but because they were concentrated in a small area the majority were damaged at the same time. The actual risk presented by floating casinos converged in a single area and being affected by a natural hazard was much higher than the perceived risk of the same event affecting venues believed to be on solid ground.

The same principle can be applied to the accumulation of vessels along coastlines. More vessels equals more risk for a number of reasons: the possibility of a collision, environmental considerations, impact on mental and physical wellbeing of the crew which can result in errors of judgement. Increased situational awareness can help to identify such accumulations. This can help achieve a better exposure management plan and mitigate risks.

Early identification of vessel accumulation is especially important for exposure management in Marine insurance. The large number of vessels in a tight area decreases risk diversity and might not be consistent with an insurer’s risk appetite.

The CDC recently lifted the No Sail Order for cruise ships that follow rigorous health and safety rules. This means that cruises will resume towards the end of 2020 and vessel distribution may change during this time. We cannot be sure how maritime traffic will be impacted by the new rules so continued monitoring is important.

The Covid-19 pandemic has caused significant disruption to maritime industries. Laid up vessels represent multi-million-pound risks bobbing around in oceanic parking lots. This presents a challenge to insurers in managing their portfolios and protecting themselves against unforeseen consequences of these lay-ups. Covid-19 has presented unusual aggregations of risk, for example laid-up cruise ships left in areas prone to tropical storms. This presents a potential headache.

The complications that have arisen from the pandemic – such as impact on port operations, limitations on access to countries, strain on medical resources, and business disruption mean that understanding where insured assets are located is more important than ever.

Accumulations will happen. But map-based intelligence software such as that built by Geollect can help you understand why, when and how. Providing alerts, context and identifying patterns allows you to take a proactive approach to portfolio optimisation and managing exposures.

Did the vessel accumulation along the coast of the Philippines contribute to the spread of Covid-19?!