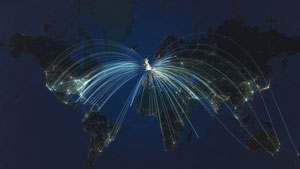 Geollect has secured a deal with a US cruise line operator projected to be worth £5.5 million by the end of 2024.

Transatlantic export and investment deals expected to be worth over £85 million have been announced by the UK government as the UN General Assembly takes place in New York.

The UK government has announced a number of export wins to the United States from a range of British companies, all of which were achieved with support from the Department for International Trade, expected to be worth over £50 million.