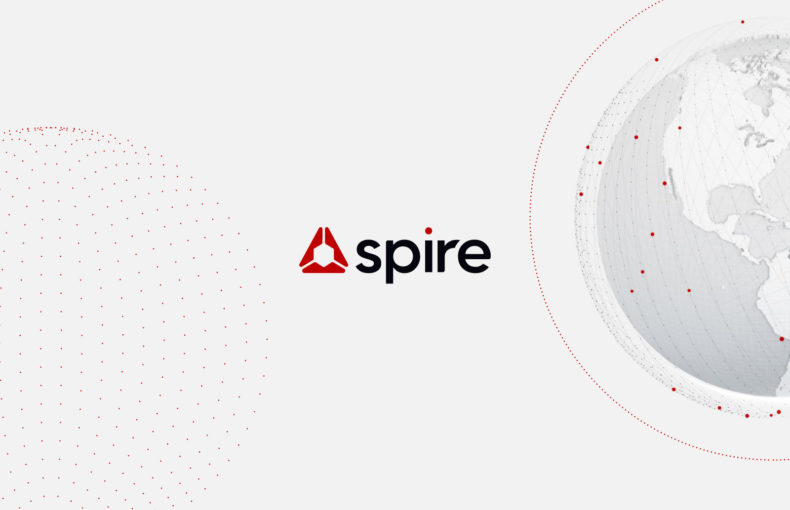 AIS tracking data from Spire Global is helping monitor the movements of Russian-owned vessels during the ongoing crisis in Ukraine. A recent report from Geollect assessed the actions of multiple ships across the globe, with four, in particular, showing suspicious activities leading up to and following the beginning of the Russia-Ukraine conflict. According to the report, two vessels owned by Russian President Vladimir Putin, and two vessels owned by other Russian billionaires and politicians, fled the location they were stationed in and headed for countries that lacked Russian sanctions.

Since the beginning of the Russian-driven conflict in Ukraine, countries around the world have started enforcing sanctions on Russian billionaires by seizing valuable assets – most notably, their megayachts. Throughout the first week of March, Italy claimed to have taken control of a $70 million yacht anchored in Liguria, owned by Alexey Alexandrovits Mordaschov – a Russian billionaire who identifies closely with the Kremlin. Another superyacht, owned by Gennady Nikolayevich Timchenko, a close friend to President Vladimir Putin and the founder of a wealthy Russian investment group was also seized by Italian authorities. The yacht was valued at over $50 million – a considerable asset that was taken in an attempt to disrupt Putin’s momentum in Ukraine.

With similar events happening all across the globe, Russian oligarchs, billionaires, and politicians are attempting to relocate their vessels to avoid capture.

In the following report, Geollect uses AIS tracking data from Spire Global and other open-source information to identify instances of AIS spoofing, showing each case to almost certainly occur as sanctions and seizure avoidance techniques – giving insight to government and military organizations on how these ships avoid detection during times of international conflict.

The Graceful, a Russian-flagged specialty craft owned by Russian President Vladimir Putin, was at a mooring point east of the Container Terminal Tollerort in Hamburg, Germany, in early September of 2021. On September 11th, at approximately 18:01 UTC, the vessel disappeared from AIS and remained offline until February 7th – reappearing on AIS at 05:52 UTC. When the ship reappeared, it was transiting westward out of Hamburg, departing the Elbe River using the Kiel Canal at approximately 09:13 UTC. After travelling through the Kiel Canal, the Graceful headed east toward Polish waters.

Over the next two days, the Graceful moved through the Baltic Sea, entering the Vistula Lagoon on the Poland-Russia border on February 9th at approximately 06:50 UTC. While continuing its transit east toward the city of Kaliningrad, the specialty vessel again disappears from AIS – with the ship likely continuing its transit before reaching a mooring near Kaliningrad.

Considering the Graceful moved out of German waters and into Russian territory just two weeks
before the beginning of the invasion of Ukraine, it is likely that the relocation was a preemptive move
to avoid seizure in foreign waters.

On February 25th at approximately 20:16 UTC, the Graceful specialty vessel reappeared on AIS, recording multiple tracking positions in the Black Sea close to Ukrainian waters. The AIS tracks were almost certainly a result of a deliberate spoofing event executed by a third party – showing AIS call signs of “FCKPTN” and a location of “ANONYMOUS.” Media outlets have heavily publicized the hacker group known as “Anonymous” to have targeted Russian President Vladimir Putin and his efforts
since the start of the conflict in Ukraine – making it likely that the group instigated the AIS spoofing event in question. The last observed AIS track from the alleged spoofing incident was on February 26th at approximately 10:51 UTC, at which point the Graceful has not been observed since – likely remaining safe at a port near Kaliningrad, Russia.

The Galactica Super Nova is a Cayman-flagged pleasure craft reportedly owned by Vagit Alekperov – the current president of the Russian oil company LUKOIL. Starting in February 2022, the vessel was observed at anchor at a port in Barcelona, Spain. On February 26th, just two days after the initial Russian invasion of Ukraine, the ship departed the port in Barcelona – leaving at approximately 13:19 UTC. According to open-source information, the captain of the Galactica Super Nova gave the crew 48
hours’ notice that they would depart from Barcelona.

Following departure, the Galactica Super Nova spent the next three days heading east through the Mediterranean Sea. On March 1st at approximately 13:55 UTC, the vessel arrived at the port of Tivat, Montenegro. On March 2nd at 03:16 UTC, after spending less than 24 hours in Tivat, the ship departed its position at port.

Upon departure, the Galactica Super Nova transited south. However, less than ten miles south of Tivat, the vessel disappeared from AIS – with its last position recorded on March 2nd at approximately 04:45 UTC. As the event in question happened alongside the escalating conflict in Ukraine, it is almost certain that the vessel’s operator turned off its AIS tracker to avoid seizure while in the Mediterranean. Since the incident, the ship has not recorded another AIS track.

The My Solaris is a Bermuda-flagged passenger ship owned by Roman Abramovich – a Russian billionaire, oligarch, philanthropist, and politician.

The My Solaris was observed on AIS during February 2022, traveling at slow speeds just southeast of Barcelona – making two different port calls on February 23rd and February 25th in Barcelona. Between February 25th and March 8th, the My Solaris remained alongside port in Barcelona, with the vessel abruptly leaving port and heading east on March 8th at approximately 16:27 UTC. Just two days later, Roman Abramovich was sanctioned by the UK government, with sanctions by the EU following just four days after. Therefore, the timing of the My Solaris’ departure was suspect – making it highly likely that the vessel left port in Barcelona in an attempt to avoid seizure by EU authorities.

After departing port in Barcelona, the My Solaris transited east through the Mediterranean for four days – arriving at the port of Tivat, Montenegro on March 12th at approximately 07:50 UTC. For the next two days, the vessel recorded various positions near the port of Tivat, eventually departing at 22:30 UTC on March 13th. Following its departure, the ship continues south, passing Greece on the 16th of March. After, the vessel changed course and headed east toward Turkey, arriving at the port of Bodrum on March 22nd. Due to the lack of Russian sanctions in Turkey, it is almost certain that the relocation was an attempt to avoid seizure in other international waters.

March 22, 2022
Overview:
March 22, 2022: The Eclipse arrives at an anchorage in Marmaris, Turkey and disappears from AIS The Eclipse is another Bermuda-flagged pleasure craft owned by Russian billionaire Roman Abramovich – recently observed arriving in Turkey on AIS. Last seen on March 22nd at approximately 04:30 UTC, the Eclipse arrived at a Turkish anchorage in Marmaris. Due to the timing of arrival and the boat’s ownership, it is highly likely that both vessels arrived in Turkish waters to avoid seizure by the EU.

March 2, 2022 – Current
Overview:
March 2, 2022: Last observed AIS track
The Scheherazade is a Cayman-flagged pleasure craft, reportedly owned indirectly by Russian President Vladimir Putin through a third party. According to open-source information, the Scheherazade is currently at the port of Marina Di Carrara in Italy. Since the vessel is owned by an unnamed third party, the ship has yet to be seized. However, much like Putin’s other vessel, the Graceful, the Scheherazade has not recorded any AIS tracks since March 2nd – with its last track recorded at approximately 17:46 UTC. As the AIS darkness event happens alongside the ongoing crisis in Ukraine, it is highly likely that the vessel is attempting to avoid seizure in Italian waters. If the thirdparty ownership can be linked to Putin, a seizure will likely occur regardless.

AIS History of the Scheherazade, March 2022

Since the beginning of Russia’s invasion of Ukraine, authorities worldwide have made an effort to seize the property of Russian oligarchs. Geollect utilized AIS tracking data from Spire Global in accordance with satellite imagery and open-source information to identify multiple instances of Russian-owned vessels relocating to places where Russian sanctions do not exist. By overlaying all ships in question onto Geonius, a geospatial intelligence tool, Geollect identified areas including Dubai and the Caribbean as ‘non-seizure’ zones for Russian ships. The report above focused on four specific vessels – all of which displayed likely attempts to avoid seizure.

The Graceful, a ship owned by Russian President Vladimir Putin, exited European waters two weeks before the hostilities broke out in Ukraine, ultimately transiting toward national waters in Kaliningrad, Russia. One arriving at a port in Kaliningrad, the vessel disappeared from AIS tracking, only to be seen again on the 25th of February in a likely spoofing incident directed by the group known as “Anonymous.”

All vessels in question made suspicious movements in the days and weeks following the outbreak of conflict in Ukraine – bringing to light just how AIS spoofing is used to avoid detection and the subsequent seizure during international conflict.