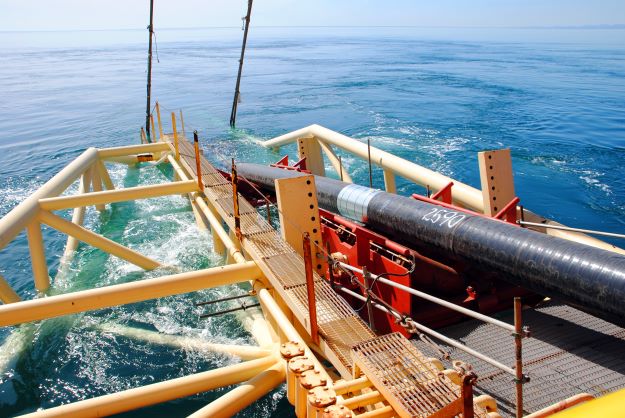 Ask most people how data moves around the world and they will probably mutter something about satellites. However, with around 99% of international data traffic carried by subsea cables, and short undersea routes crisscrossed with energy cables, the seabed is where the answer can actually be found. Which brings both challenges and opportunities in keeping data and power flowing.

AS ABOVE SO BELOW

According to the World Bank, this year total internet traffic is projected to increase by about 50 percent from 2020 levels, reaching 4.8 zettabytes. Ultimately the vast percentage of that data will travel along the network of hundreds of subsea cables spanning the globe.

While this network is an incredible feat of innovation and engineering, it is also a potential point of weakness in the global system.  Damage to subsea cables is all too common and comes with severe cost, liability and connectivity implications.

Such cables were responsible for spanning the Earth long before satellites and are set to remain the answer for connecting the globe long into the future. Facebook and Google recently announced plans to build a new subsea cable to improve internet connectivity across the Asia-Pacific region. Apricot, the 12,000-kilometre-long subsea cable, will have an initial design capacity of more than 190 terabits per second.

Such levels of investment serves to underscore just how important subsea cables are. This means users, owners, operators and indeed insurers, all have a natural and obvious vested interest in either the monitoring of cable infrastructure for fault detection, or the use of proactive safety and intelligence relating to incidents.

DAMAGE IS A DRAG

At Geollect we know that some old problems persist in ensuring that cables stay working. In an ideal situation, cables are protected either by being buried or laid in a known and well-promulgated position to stop accidental damage.

Alas, while that may be the case on installation, over time cables are prone to movement. Sediment, shifting sands and silt may cover or reveal cables, while the tides and various weather systems may expose or bury further.

The reality under the sea is that cables are susceptible to a shifting environment, and that can impact their further vulnerability to damage. From the moment they are laid and fired up, there is a new picture and understanding that has to be developed around the cable system. Under the sea change is constant and unrelenting, while above on the surface there are threats too.

Knowing what has happened, and what is happening to a cable is vital. This means access to intelligence is needed to ensure that better decisions are taken, risks calculated, and that threats are adequately mitigated.

Subsea cable damage usually falls into either human or environmental categories. From the human damage perspective, fishing trawlers are an ongoing potential threat to subsea cable infrastructure.  From the clumsy to the careless fishing vessel skipper, through to those who brazenly act without impunity.

Fishing is a complex business, and for every law-abiding and well-intentioned fishing vessel, there are those operating outside the laws or norms. The threats posed to cables by such illicit behaviour means there is a case for pooling the existing knowledge of tracking dark vessels and Illegal, Unreported and Unregulated (IUU) fishing across the cable domain.

Other ship types pose a threat too. The dragging of ship anchors is another major problem. When a vessel anchors, arguably too close to a cable, they can accidently move position if the anchor fails to stick. This “drag” can see the anchor catch hold of a cable, and the damage can be catastrophic.

Sometimes though, the cable may just be shifted or dislodged. This can be ultimately even more problematic. There can be damage that goes unnoticed or known, and then ultimately when the cable does break it can be very hard to identify who and what damage was originally done.

When it comes to laying cables there is an unavoidable reality that the bottom of the ocean is very inhospitable indeed. There is a great deal of tectonic activity. While cables often have to be laid over steep canyons, down deep trenches and around volatile seamounts and fault lines.

This causes stress and tension, which increases the risk of damage and/or failure. Even in less exciting oceanic areas, abrasion and seabed movement are common causes of cable damage over time.

While the likes of earthquakes, hurricanes and typhoons impact and frequently damage cables. For example, 2006 in Taiwan saw a 7.1 magnitude earthquake that caused 22 breaks across 9 cables, and eventually took 11 ships 49 days to replace.

Over in the Caribbean, hurricanes are a constant threat to island connectivity. While in the Pacific the 2022 Tonga eruption and tsunami caused damage to both domestic and international subsea cables, plunging the embattled nature into a communications and power blackout.

Heightened subsea domain awareness is crucial to help head off problems, with enhanced intelligence and analysis being vital when a cable is damaged. Assisting with the gathering and collation of evidence for submission as part of legal or insurance claims.

It is no easy task to bring those who damage cables to justice. Indeed, the fallout from subsea cable damage is a costly, challenging and frustrating issue. There may be multiple disputes, from end users, insurers, as well as investigations to allocate blame.

For the cable operator civil proceedings may be brought against the party allegedly responsible for the damage to the subsea cable. Though success will hinge on whether the shipowner is deemed to have complied with a duty of care, and whether the loss was reasonably foreseeable. The evidence burden can be great and will likely rely on factual and expert evidence.

In addition, cable damage can also bring about criminal liability. Though, again, as the evidential demands are so high, few prosecutions have been brought. It can be a challenge to build a successful and compelling case.

With such importance and reliance placed on cables, and with the implications for damage being so great it is no surprise that there is such an emphasis on tools to limit or reduce losses. While monitoring cable performance is a constant ongoing focus for the industry, even more, important is the ability to pre-empt problems.

This is the key to a new evolved response to subsea cable risk management. Records and data, trends and analysis – from fishing to anchoring, component failures through to weather and actions of other States. All come together to build a rich picture of risks, and a means of building strategies to understand, mitigate and manage ahead of time the likelihood of problems.

Pre-emptive intelligence and having awareness of incidents as close to real-time as possible is key as being able to reduce incidents through proactive notification/alerting and this is a significant tool in ensuring that cable downtime is as short as possible.

The Geollect answer is to build oversight and insight to deliver clean, reliable intelligence, ensuring there is a means of understanding and accessing analysis to head off cable damage issues in advance, not by simply waiting for the worst to happen.

Intelligence is at the heart of understanding when subsea cables are at risk, and what the threats are. Whether as part of due diligence, litigation or for ongoing protection and planning, to find out more, contact info@geollect.com or visit www.geollect.com