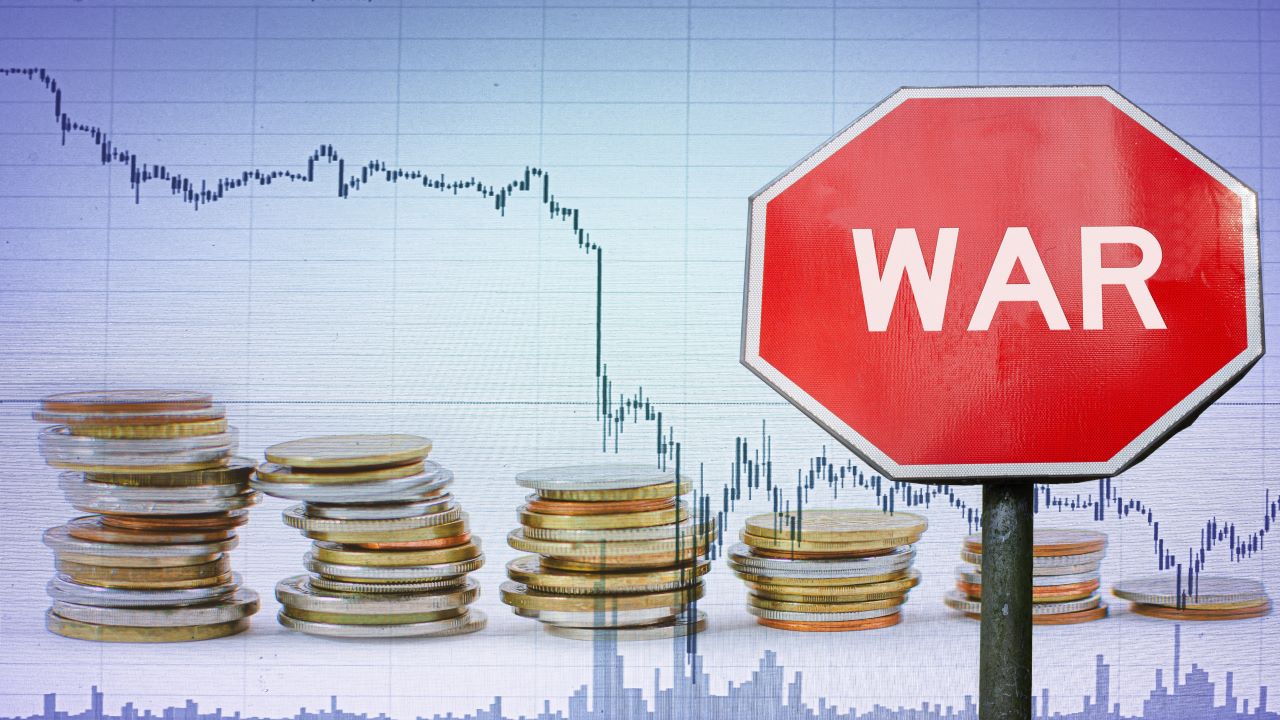 The Snarl of Sanctions

Watching the ebb and flow of marine traffic is fascinating at the best of times, oil and gas from there, grain from here, boxes of Samsung S22 Ultras heading to excited consumers everywhere. Throw in a pandemic, a war and sanctions, suddenly the traffic takes on a whole new dimension. We explore what it means, and how information is vital in keeping ahead of the new realities.

Artillery shells fly towards Kyiv, and innocent families huddle in basements from thermobaric bombs. Scared, with dwindling supplies, and only the beautiful singing of their children for succour, it is the blow of economic sanctions, not high explosives which are being relied upon to turn Russia’s war machine around.

Trade-based economic systems are being weaponised to stop Putin in his tank tracks, and as the largest scale military action since World War II blazes its way across Ukraine, will sanctions hit hard and deep enough? Will the explosion in the markets, in the pockets and the daily privations of Russians lead us back from the brink of even more devastation, destruction, and perhaps even ramping nuclear threats?

The snarl, bark and snap of sanctions are beginning to be felt in Russia and we are seeing holes being blown in the Russian economy. The rouble has collapsed, bond default risk has spiked, the Moscow stock exchange has closed and Russian oil trades at ever-deeper discounts to Brent crude.

Overseas asset freezes have been imposed on the Russian central bank, and oligarchs appear to be at risk of losing everything from villas to superyachts. Though as to be expected, the corporate veils behind which so many assets sit are as impenetrable as the new Iron Curtain which is seemingly descending over Europe.

WHO DO THEY HIT?

Will these sanctions work? What are the actual effects and impacts, and how do these translate into international markets and the shipping industry? For ordinary Russians, there had been a sense over the past decade or more, of having “come in from the cold”. In the globally connected economy, the skills, talents, investments and business acumen of Russians were allowed to finally forge a path. A desire to do business, and to excel were the philosophies sweeping away ideologies from past eras.

Now, as Apple, Nike, McDonald’s, Coca-Cola, Dior, et al pull down the shutters and as multinationals flee, the banking system is collapsing and isolated from vital mechanisms, and with cash values at record lows, stock prices at similar levels, and with interest rates soaring, the dream appears over for the populace.

The level and spread of US and Europe sanctions have ramped up. Indeed, as the UK announces that named oligarchs will have their assets frozen, it could mean that finally there is a means to target Putin and his acolytes without the collateral financial and life damage to others. Though fans of Chelsea FC may feel differently.

As the first stages of sanctions began to take shape it seemed Putin did not take them wholly seriously. This is perhaps unsurprising given that their campaign to Annex Crimea drew similar levels of gnashing of global teeth and hand wringing back in 2014. Though he has subsequently said they are “akin” to a declaration of war, so perhaps they are working after all.

In addition to asset freezes, the UK’s sanctions included banning Russian ships from UK ports. Which meant any vessels owned or operated by anyone connected to Russia and authorities were to gain new powers to detain Russian vessels. Which is easier said than done.

Indeed, the “Russian vessels” ban highlighted the real-world problems of having to apply such high-minded actions in reality. UK ports were initially left in the dark about how to block Russian ships. The question was rightly asked, what is a Russian ship?

Aside from the obvious, if there is a Russian flag on the stern…and there aren’t many of them, then Pandora’s box of beneficial ownership, charterers and mortgages creaks open. So, a simple order about Russian vessels suddenly becomes incredibly complicated. Even more so for the operations team within a port, who ordinarily have to care little about where a ship is coming from, so long as the paperwork looks legitimate.

Suddenly the requirement was on ports to check out and confirm what should happen to vessels. Something rather difficult and complicated without unequivocal Government guidance and a schedule of blacklisted vessels to consult. Which of course is impossible to give. With no guidance given to ports, there was an element of the “duck” test about it all. If it looks like a duck, sounds like a duck, it’s a Russian ship.

Shipping does two things very well. It rides the waves at sea but is equally adept at navigating the occasionally choppy waters of international finance and banking laws. Open Registries are the norm, and tax-friendly jurisdictions are a must.

The industry, even companies with seemingly nothing to hide, chooses a path of opacity. There is very little transparency, with the corporate veil often extremely difficult to penetrate. Often even the Master doesn’t know who the real ultimate beneficial owner is, beyond the stated details, which usually consists of a brass plaque on a nondescript building along Broad Street, Monrovia, or similar.

The world has many sunny places for shady people. Such issues of ownership and control often vex and challenge the minds of forensic accountants and fraud investigators. So, it is not something that a Vessel Traffic Services (VTS) operator or port manager is likely to be able to easily deal with.

These are the inconvenient facts of corporate life that make it such a challenge to apply shipping sanctions close to home. While some Russian linked vessels were denied access and diverted away, and while many in port were dispatched and slinked away “to await orders” in international waters, there remained a sense that we weren’t making the sanctions hit hard enough.

ALL THE SMALL THINGS

There were also issues surrounding Russian owned cargoes, with oil an obvious focus. While the discussions over who or what was Russian raged, it was patently clear that vessels with oil from Russia were heading into UK ports. Something which was undermining the West’s stance.

While the wider mandated sanctions slowly start to be felt, it has been the smaller realities that initially had the greater effect. Stevedores refused to handle Russian cargoes, and superyacht crews stood down because they cannot get paid.

While other unilateral corporate sanctions taken recently could also have a massive impact. Classification Society Lloyd’s Register is pulling from the market, likely to be followed by others, and German company Chartworld, the world’s largest specialist digital-navigation provider, announced the suspension of ECDIS, chart, and navigation data services to Russian-owned and managed vessels.

While they stated that current vessels would be provided with chart updates to allow them to reach the next port safely, the company instructed Russian clients to find new suppliers for all future voyages. Something which could potentially prove extremely problematic if other companies follow suit. There will be Russian or “friendly” providers, but it shows just how vulnerable all parts of the chain potentially are.

The end game will no doubt be driven by the removal of SWIFT, by the frustrations of oligarchs not getting all that they are usually accustomed to, and by the middle-class Russians who thought that they were part of the global system. They thought they could work, build businesses, buy fashion and enjoy a Big Mac with the rest of the world.

Now suddenly they can’t, and it may ultimately be their anger and desire to be part of the bigger picture which could lend the heft to stop the war even faster than large scale, economic salvos ever can?

Let us hope, and in the meantime, we will see ever more vessels avoiding the Black Sea, we will see longer ton-mile distances, as palm oil replaces sunflower, as Middle Eastern gas fills the void, and as Canadian grain fills tummies. Though, we will also see Russian tankers and cargoes heading to China. Trade will be turned on its head, but the wheels of commerce keep in turning, sanctions or not.

Geollect enriches clients with their awareness and decision making, pairing the right data solution with the right human experience at the right time. Taking this approach is the start, of your business becoming data-driven while remaining human-centric. To discuss your requirements, or to dive deeper into the current sanctions situation and shipping, contact info@geollect.com or visit www.geollect.com