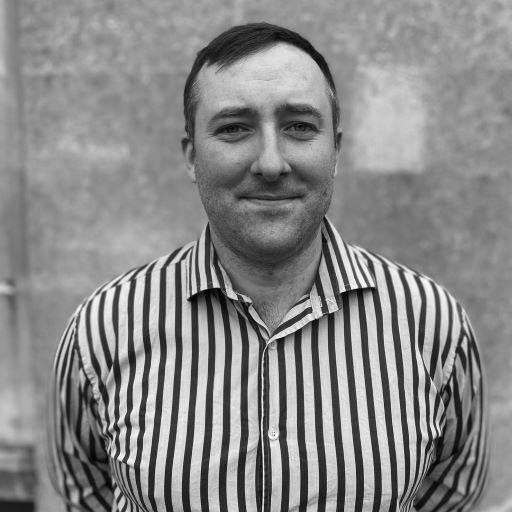 Hi there reader, how’s it going? I’m Tim, I’m a Senior Frontend Developer at Geollect – who as it so happens actually seems to spend most of his time doing AWS and DevOps stuff at the moment, but such is the rock n roll way of the modern web dev! I’m sure I’ll be back in my JavaScript safe space soon.

I joined Geollect at a relatively fledgling time, back in October 2019. Whilst I missed the first year and all the legendary stories that occurred around year-zero, it was still very much early days. “Building the boat at sea”, was an analogy I mentioned in my interview which I think gave me a nautical edge in the selection process.

I had the proud honour of being the first full-time web developer at Geollect. On my first day I was handed a bit of paper that Ryan and Will had been scribbling on which outlined the basis of a vessel alerts portal they’d been devising with Cate and Rich. “Do you think you can make this?”, I was asked and I set to work.

Having come from a digital mapping research background, I had a decent idea of how to make what was requested, at least in its basic form. As someone experienced in Mapbox, I was eager to show its strengths in making lightweight, rich web applications and managed to put together the first version of what would eventually become Geonius. Whilst I’ve since been assigned to different projects and I’d dare say none of my original code exists any more, I’ll always feel very proud to have been involved with what has become such an insanely powerful and market disrupting tool. Big congrats to Ash for what you have achieved since taking it over!

Since those early days I have been working a lot more outside of my comfort zone. Prior to Geollect, I had never touched an ESRI product and in fact I was a little scared as I’d been given the impression its design was very rigid and closed, but following a couple of decent projects working with it I now realise it’s not all that different to Mapbox, however it offers a lot more out of the box. Whilst I can’t say I’ve gone as deep into the ArcGIS JavaScript API as our resident 10X super-dev, Jim, I’ve definitely now gone deep enough to make it do as it’s told and make some apps I’m very proud of.

But as I mentioned at the start, the pendulum has swung over to the back-end and Dev Ops side of things – for the less techy, basically I mean the stuff you can’t actually see. This has happened due to my latest project of involvement – our proprietary geospatial authoring platform, GeoCMS – being more of a full-stack responsibility. Once again I am both empowered and encouraged to evolve my capabilities. Now I manage a React/Mapbox web app, its API, a database, an integration with an online file converter and soon the continuous integration and automated resourcing of all of this. It’s an ever changing list of demands and thankfully I’m the kind of person who finds this pretty exciting.

It’s been fantastic to be a part of Geollect over a period of such positive growth which I can see my contributions playing a part in, and furthermore to feel that I have grown professionally along the way. The joy of a small company is there’s rarely someone to pick up the slack, you just have to roll your sleeves up and get the job done which has led to me learning that I can achieve more than I thought.

But it’s all well and good to have requirements chucked at you and to be expected to get it done – the difference at Geollect is the support and encouragement that comes along side. There truly is a sense of connectedness to the larger team which I haven’t quite experienced elsewhere, a real interest in both the individual and the wider mission. If there’s an issue, someone is there to help. If you make something cool, everyone bands around to celebrate with you. It’s a very positive culture which is something I feel is represented in the resulting quality of our products.

Big thanks to Cate and Rich for continuing to make sure the company remains very human-oriented even as we grow. And thanks to everyone else within the company and the many great clients we work with for making it all such a positive experience – I look forward to what the future holds!

Read more about Tim Stone
Back to latest news
Next
We use cookies on our website to give you the most relevant experience by remembering your preferences and repeat visits. By clicking “Accept”, you consent to the use of ALL the cookies.
Cookie settings ACCEPT
Cookie Preferences